The schools of art evolved by Srimanta Sankaradeva in painting, dance and music have been recognized as unique by the scholars. This process of recognition has however been late due to communication gap between Assam and the rest of the world. The present book will go a long way in mitigating that gap. The author has explained the process of creation of those cultural assets with ingredients from ethnic groups in the Brahmaputra valley. The Sankari culture has bonded the Assamese community together, it has been shown in the book Srimanta Sankaradeva’s Contributions. 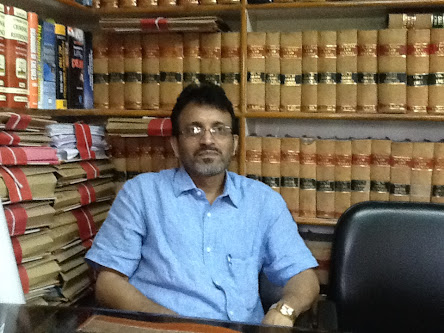 Srimanta Sankaradeva’s activities were not confined to religion only. He also attempted to reform the society. He created a new social dynamics. The book also explores the contributions of Srimanta Sankaradeva which were not confined to Assam only. He was instrumental in giving a concrete shape to the Oriya social structure, the Yatra movement of Bengal, and the paintings of West India. The Bhakti movement in North India was also indebted to him. The Ankiya plays initiated by him launched an international movement in use of drop-scenes, and in the use of drama for proselytizing works. Madhavdeva, the foremost disciple of Srimanta Sankaradeva keenly involved in all these activities. Author of the book, Dr. Sanjib Kumar Borkakoti talking to Assam Times said that the book delves deep and presents a complete journey into the life and teachings of the saint in its thirteen chapters.

10 Sep 2016 - 9:56am | Syed Miraz Ahmed
It was in July when Assam Times'  Syed Miraz Ahmed chatted up with Jantee Hazarika, the dusky model from Assam when she made it to the Top 10 at India’s Next Top Model Season 2 launched by MTV....

18 Mar 2014 - 10:14pm | AT News
Its official. After weeks of will-it-wont-it, AICC has announced Kirip Chaliah as the candidate for the upcoming Lok Sabha polls from Mongoldoi.The confirmation came from AICC on Tuesday evening much...

No patch up between Cong, BPF

5 Jan 2015 - 8:55pm | AT News
Assam Congress has ruled out further patch up with BPF. But the ruling party will forge alliance with other secular parties if need be. This was what party president Anjan Dutta told reporter in...