A story telling competition among the Assamese kids of Delhi was held on March 25 at Srimanta Sankaradeva Bhawan, New Delhi based on stories by Roxoraaj Lakshminath Bezbaroa & Bhabendra Nath Saikia. Gyansikha Hazarika was awarded the first prize. While Desna Mahanta and Murchana Sharma was awarded second and third respectively. The event was organised by INLI Foundation. 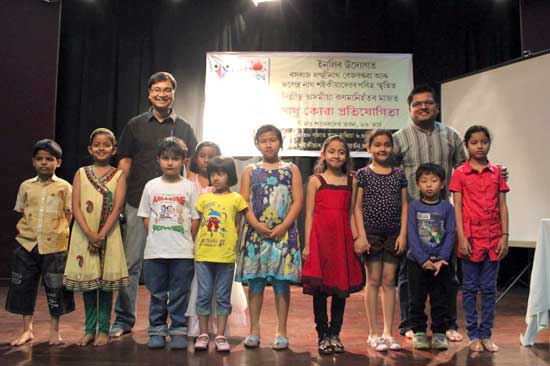 14 Dec 2017 - 7:10am | AT News
NAMRUP:Food and civil supply minister Rihon Daimary said the poor people who have been availing off the benefits of the government schemes need not be worried. Opening a piped water supply project...

16 Mar 2014 - 8:16pm | AT News
A security personnel deployed to guard a coal trader surrendered before on Sunday after he was accused in a shoot out case in Guwahati.The incident took place at Kundil Nagar in Beltola area where...