Role of AASU in Assam

The All Assam Student’s Union (AASU) is a mouthpiece of the people of Assam. Since its inception the AASU has been fighting for the cause of Assam and making its presence felt politically in the entire nation. After the anti foreigner’s movement in Assam which was triggered off by infiltration of Bangladeshis from the border areas, a fear psychosis among the Assamese of losing their identities and cultural bondings led to the formation of AASU. The students of Assam united to form the AASU and lead the people of Assam in their struggle for protecting their identity. It resulted in the signing of the Assam accord. Though the AASU has undergone many splits and various other student organizations like Tai Ahom Students Union, All Bodo Student’s Union (ABSU) have come into existence, the AASU is still following the chosen path of being with the people of Assam and respecting the peoples’ democratic ideals. Though now its role has become even more manifolds with Assam facing newer challenges but the AASU still holds a beacon to the Assamese community during thick and thin high and low.

The AASU raises its voice every time it feels Assam is threatened by external or internal factors. Whether it is urging the central government to implement the Assam Accord, evict illegal Bangladeshis to save Assam or to protest for any injustice to its people, the AASU is the voice of Assam. It has also taken upon itself to uphold the Assamese culture and tradition and is working with the state and central government to maintain peace and unity in the state.

However it should be more vocal regarding the mayhem unfolded by extremists groups which has resulted in the loss of life of many innocent Assamese as well as Hindi speaking people. Instead of calling for bandhs to protest against issues it can resort to protest marches, dharnas etc for then people take notice of the cause behind the protests whereas bandhs not only effect the daily wage earners it also fails to register itself in the minds of the people as it becomes just another holiday for them. Bandhs also affect the state’s economy and slows down the development process of the state.

Moreover, women representation in AASU is quite negligible therefore it should take measures to ensure equal representation of female members by encouraging them.

The AASU being a student’s body has an important role to play in the lives of the student community therefore it should lead by example. It has done commendable work by recently felicitating meritorious student and therefore inspired them to achieve nobler goals.

The people of Assam have found a mouthpiece in the AASU and the future of Assam depends on these students who would carry forward the heritage of Assam by righteous means.

Permalink Submitted by Dipankar on Thu, 21/10/2010 - 09:49
Well written.. The representation of lady is not so law in AASU..In different committe at district level or ancholik or branch level, there are various girl representatives. But yes in central body no girl representation is now. Moreover any student without relating any political party can be a part of AASU. We too thanx AASU as atleast for this organisation something can hope for the benefit of Assam. Even already various good and comandable works done by our loving this org, ie, AASU. Thank u to AASU too.

When President Venkataraman was dragged into controversy?

12 Oct 2009 - 11:28pm | Daya Nath Singh
India’s former President Ramaswamy Venkataraman had to face an unprecedented controversy arising out of political situation in the country during his tenure. A veteran Socialist leader and... 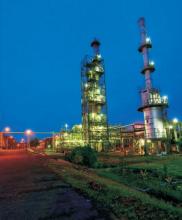 1 Dec 2014 - 6:07pm | AT News
Dispur has moved the Gauhati High Court seeking a direction to ONGC and OIL to pay royalty to the state on crude oil on pre-discounted rate in the light of a Supreme Court order.In its recent interim...

12 Sep 2014 - 6:49am | AT News
Cachar district returning officer has filed an FIR against senior cabinet minister Gautam Roy alleging violation of poll code in Silchar which goes to bypolls on Saturday. Acting on a complaint of...