17 Jul 2012 - 11:06pm | Jayanta Kumar Das
A summertime youth seminar was held at Don Bosco school, Tangla from July 12 to 15 on the focal theme “Let us be the agents of change”.The seminar was organized by Father Peter PA,...

9 May 2011 - 6:25pm | Ritupallab Saikia
Thanks to Golaghat dist. administration Aideo Handiqe, the first female cine star of Assam is still alive among us. When any body opens http://golaghat.nic.in the website of Golaghat... 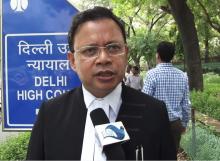