18 Jan 2014 - 1:34pm | AT News
Joonbeel mela ends on Saturday with huge response in Jagiroad. The final day of the grand fair focused the historic meeting of the titular Guva king.The focus on Friday was the... 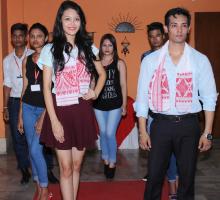 28 Aug 2012 - 4:57am | DigantaTalukdar
The 12 hour Assam bandh called by Bajrang Dal on Monday to protest the violence in the lower Assam districts paralysed the normal life in Nagaon district. Though no any untoward incidence have been...