Eminent Kannada writer Professor Santeshivara Lingannaiah Bhyrappa, who is widely regarded as one of modern India's foremost novelists, will attend the ‘Guest of the Month’ program of Guwahati Press Club [GPC] on 28 March 2016. The interactive session with the Saraswati Sanman awardee is scheduled to start at GPC auditorium by 3 pm. Padma Shri Prof Bhyrappa, who is coming to Guwahati to receive the Mamoni Raisom Goswami National Literature Award 2016, constituted by Asom Sahitya Sabha, will also be felicitated by the GPC. Member journalists of the press club are requested to participate in the program.

25 Aug 2011 - 12:05am | Koushik Hazarika
More than 10,000 people at Bokakhat took out a rally on Wednesday morning in support of Anna Hazare who has been on fast for Jan Lokpal bill. The crowd include members of several NGOs, students,... 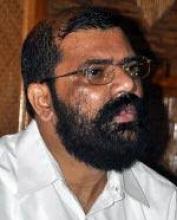