Agriculture minister Atul Bora has stressed seriousness in the agriculture sector saying that it can change the face of a state’s economy.

Opening a model floriculture nursery at Sarutari at Byrnihat on Saturday, Bora said the need of the hours is to change the mindset of the people to treat agriculture as a serious business in a corporate manner.

He further said that the department would honour the farmers with dignity and that the Chief Minister directed the district administrations to honour ideal farmers throughout the state.

As part of the work schedule within the first 100 days of the government, the agriculture, horticulture & food processing departments jointly organised the function where plants were distributed. Bora also flagged off 12000 plants to be distributed in three districts of Morigaon, Golaghat and Kamrup.

Total 1 lakh plants and grafts will be distributed throughout the sate among the farmers during the first 100days of the government. 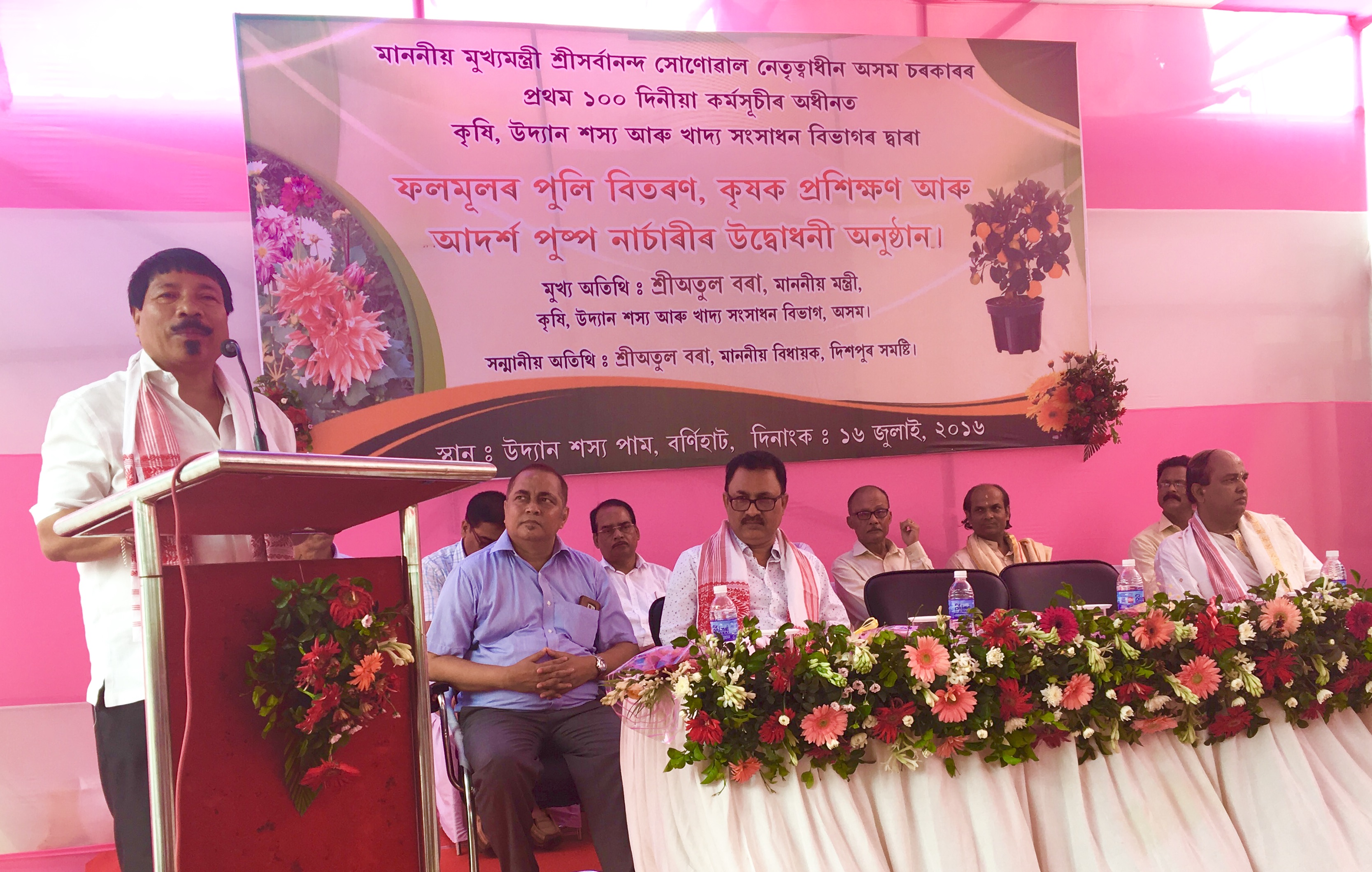 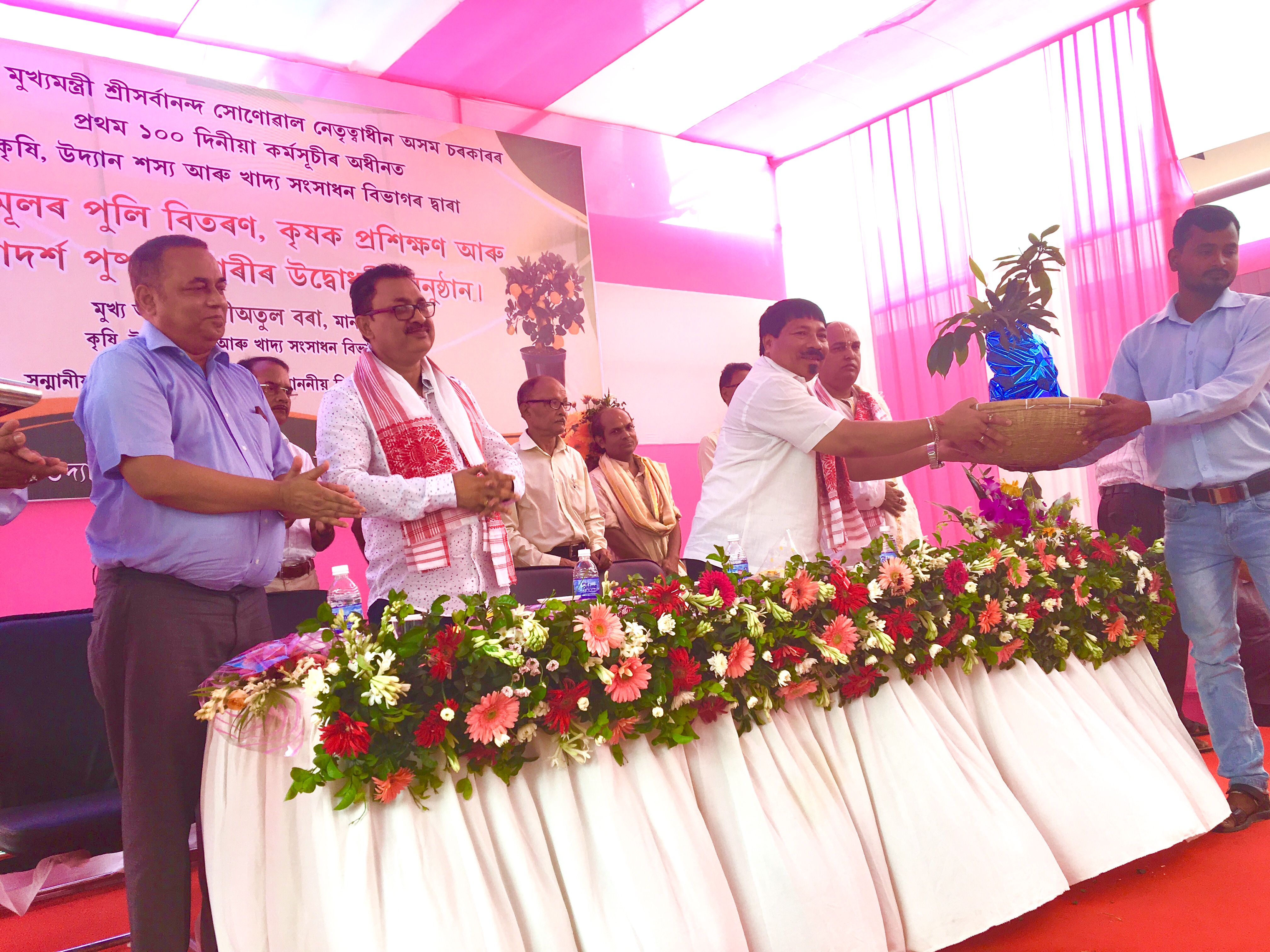 Gogoi for education at grassroot level

10 Dec 2012 - 4:44am | editor
Chief Minister Tarun Gogoi on Sunday said that proper education should be implemented from the grassroot level.In his keynote address at the Pan IIT Global Conference 2012 Science City Auditorium in...

22 May 2013 - 7:55pm | Anup Biswas
Lackadaisical and indifferent attitude of Haflong ASEB caused serious concern among the people of Sarkari Bagan in particular and of Dima Hasao in general.It is learnt that from last five days...

11 Apr 2011 - 12:31am | Raktim Baruah
Peasant leader and RTI activist Akhil Gogoi was today arrested at Guwahati by the city police. He was arrested from the Guwahati Press club premise where he organised a press conference. The police...