Journalists from different parts of India with advocacy groups had met at Hyderabad, the capital of Andhra Pradesh in central India today for a wide range discussion on the freedom of press as well as the protection of the journalists working in the conflicts zones.

Inaugurating the workshop, Justice Subashan Reddy, Chairman of Human Rights Commission, Andhra Pradesh endorsed that the media must be protected to uphold the democratic values, but, he added, the journalists must also be restrained and cautious while performing their duties.

“After all the people (readers and viewers) have their rights as well to read (and listen) correct news,” commented Justice Reddy adding that that peeping into private affairs can not be termed as journalistic exercises. He also proposed for some provisions (under Press Council of India act) for punishments to the journalists, who report in a wrong way.

The day long workshop titled Media, Conflict Reporting and International Humanitarian Law was organized by the Press Institute of India (PII) and the International Committee of the Red Cross (ICRC) in collaboration with the Department of Journalism, Osmania University.

The inaugural session of the workshop was also addressed by V Murali, Director of Press Institute of India, Manoj Joshi, Comment Editor of Mail Today, Philippe Stoll, the Communication Coordinator of ICRC, K. Vikram Rao, the President of Indian Federation of Working Journalists with others. The technical sessions were attended by the Communication Officer of ICRC, Surinder Oberoi, the Bureau Chief of Andhra Jyothy, A. Krishna Rao and the Deputy Editor of The Hindu, K Srinivas Reddy as resource persons.

“For journalists, the issues at the root of the violence are becoming more difficult to understand and to report about. Furthermore, journalists are being more directly targeted and many of them get killed, injured or go missing in situations marked by armed violence. At the same time, the general lack of knowledge of International Humanitarian Law and Human Rights Laws creates a situation that prevents reporters from drawing all necessary elements of analysis needed to adequately report about conflict or violent situations,” said Sangeetha Rajeesh, the editor of PII, an independent non-profit society founded in 1963.

24 Mar 2014 - 11:37am | AT News
Hundreds of students staged dharna in front of the state secondary education board office in Guwahati opposing the move to dilute six subjects from the syllabus.Led by Assam Sanskrit Students Union,... 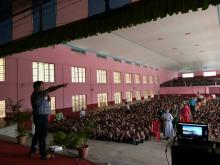 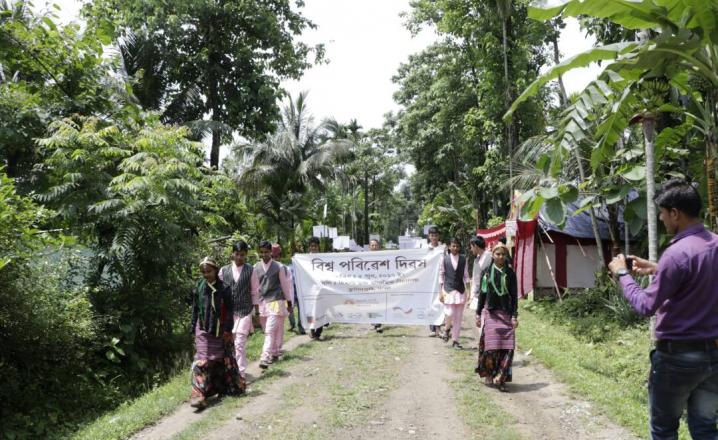