Kokrajhar: BPF top guns  hunkered down in Kokeajhar on Friday a day after the cabinet expansion where the leaders were not happy for taking away forest portfolio from Pramilarani Brahma.

Mohilary said that BPF party was satisfied with  ministry allotment to the BPF leaders during the Cabinet expansion that took place on Thursday. He has claimed that his party was working to the welfare of the common masses.He said that BTC administration is holding Bwisagu Festival on May 6 next to be held in Kokrajhar.

'I  will try to carry best service to the state whatever alloted deptt to me during the cabinet expansion. I am not satisfied with my new ministry assignment which took planet on Thursday ',she said.

'I did my level best during my tunure as food and civil supply deptt besides tried to reduce price hikes in the state.
But, the ministry was shifted to other minister on Thursday',he said.
'I shall try to carry out allotted departments through whole heartedly, which are assigned me in the cabinet expansion',he said.

14 Nov 2017 - 10:57am | AT News
GUWAHATI: Amid the crucial probe into the APSC scam, the Gauhati High Court on Tuesday rejected the bail petition moved by chairman Rakesh Paul who has been languishing in jail for the last several... 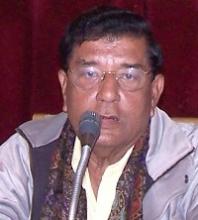 18 Dec 2007 - 2:18am | editor
The first Guwahati Home Fair 2007, organized by the Assam Real Estate and Infrastructure Developers Association (AREIDA), will be under way from December 24 next at the State Veterinary College...