Millets, the miracle grains from the Southern drylands, Western and Eastern plains, North Eastern and Northern uplands of India connected the farmers, scientists, activists, media persons and researchers from different states of India during the 1st annual convention of All India Millet Sisters (AIMS) Network. This convention was organised by Millet Network of India in collaboration with North East Network and ICAR-NEH, Meghalaya at Umiam premises of ICAR-NEH, Shillong, Meghalaya from May 23-24, 2018 to address the Current Concerns, Challenges & Some Silver Linings of Millets. The logo of the AIMS Network was jointly unfurled by the women farmers of 12 states of Andhra Pradesh, Assam, Gujarat, Himachal Pradesh, Karnataka, Meghalaya, Nagaland, Odisha, Rajasthan, Tamil Nadu, Telangana, & West Bengal. During this convention 16 women millet farmers were felicitated by eminent women leaders, journalists and activists from different parts of India. After 2 days of intensive deliberations on the multi-dimensional understanding of millets from the experiences of millet producing farmers, agro-scientists, millet marketing agencies, women’s collectives, and state functionaries engaged in millet promotion, convergence of some ideas emerged. The deliberations were steered by NGO leaders, experienced farmers and community activists along with the field scientists from ICAR-NEH, and few government functionaries. The interactive interface between farmers on the ground, policy framers and field scientists was effectively engaging. At the end of the 2 day convention, a declaration was collectively charted out to ensure that the demands of the women farmers specifically engaged in the millet based eco-system is taken into necessary action by the concerned stakeholders.

We demand that the government acknowledges that millets are our heritage crops, multifaceted in their extraordinary food value, and in providing nutrition, fodder, livelihood and ecological security in these climate-stressed times.

The government should support the millet-based biodiverse agriculture practised by milllions of small women farmers who are custodians of India’s rich lore of millet farming practices.

Given the shocking burden of malnutrition among children in India, which is the highest in the world, the government should give primacy to the use of millets in the Integrated Child Development Scheme (ICDS)and Mid-Day-MealScheme. This would ensure a healthy new generation.

Millets should find a definite place in its Public Distribution System (PDS) so that India can escape the ignominous place among the malnutrition countries in the world.

Commission on Agricultural Cost Prices should fix the price of millets taking into consideration their nutritional and ecological values.

To support women millet farmers, the government should:

Help women’s collectives to set up affordable processing units to reduce the drudgery of millet processing;

Ensure  procurement of millets at the MSP fixed by government

Also set up, community-based procurement centres that are easily accessed and controlled by women cultivators.

Crop insurance and compensation schemes for crop damage should be enlarged to include all varieties of millets at par with other crops.

Government should  utilise its public media network to promote awareness of the nutrtional value of millets among consumers specially since this is the National Year of Millets. This should include popular programmes on millet recipes.

We demand support for research that establishes the scientific values of our traditional knowledge on millet cultivation.

We demand that Indian Institute of Millet Research stop hobnobbing its research on genetic modification of millet crops and instead focus on the enormous wealth of women’s knowledge on the millet ecology.

We call upon all agricultural research institutions to work on the economic valuation of millet ecology in their academic and research programmes.

We greatly appreciate the fact that government has recognised the signal contribution of peasant women farmers and bestowed honours on them. We would be more honoured if the government implemented our demands listed here to ensure a more secure future for us and the nation at large. 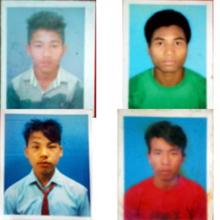 7 Sep 2016 - 7:16pm | AT Kokrajhar Bureau
Once again four youths went missing in Delhi and Punjab going for searching of jobs from Kokrajhar district of Assam, which has been creating resented among guardian and citizens of the state. As...

16 Jul 2015 - 2:08pm | AT News
Amid an escalating protest over Pengeri killings, the United Libration Front of Asom has threatens the Hindi-speaking people of dire consequences if they refuse to halt the tirade against them....

Tikhor to woo audience in Metropolis

7 Jan 2016 - 6:17pm | Syed Miraz Ahmed
The 12th South Asian Games to be held in Guwahati and Shillong from February 5th to February 16th is already creating vibes across the nation and the rave would escalate further during the 4th...