Amarjyoti brought back to Guwahati

Amarjyoti Kalita was brought back to Guwahati a day after Assam police got five days transit remand of the main accused in the GS Road case. A three member team led by senior police officer Ranjan Bhuyan, landed at the Lokpriya Gopinath Bordoloi International Airport in the evening. He was straightly rushed to the Panbazar police station where the special investigation team set up to probe the case start interrogating him in this connection. He was handed over to Assam police in Varansi on Tuesday when he was produced before a local court. 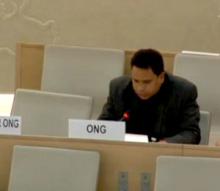 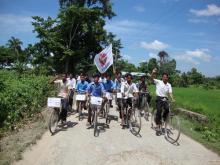 13 Sep 2011 - 7:45pm | Dibya J Borthakur
The Raha unit of All Assam Students’ Union ( AASU ) on Monday, September 12, took out a cycle rally at Raha,all in protest against the land exchange accord between India and...