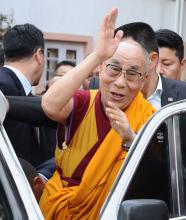 1 Feb 2014 - 7:24pm | AT News
Spiritual leader Dalai Lama is on a two days visit to Guwahati. With a hectic schedule, he arrived in the city on Saturday with an appeal to the people to maintain peace saying that there is no...

11 Jul 2012 - 2:19am | editor
Caught in a string of anomalies and irregularities, the Assam Human Rights Commission has directed Dispur to form a high-level committee to investigate the allegations during the past five years....

30 May 2014 - 9:06pm | AT News
The body of Satya Das was fund in Panbazar on Friday . company went missing from his home. Lifeless Das was recovered on the bank of the river Brahmaputra just behind the Deputy Commissioner’s...