Disppointment is simmering among the All Tea Tribe Student's Association members in Margherita over the recruitment process in a few tea gardens.
ATTSA leader in Margherita told this Correspondent that the management has been playing a delaying tactic where the eligible candidates who appeared in the interview on December, 28, 2014 are likley to be deprieved.
Only the results of Namdang Tea Estate were with alleged partisan manner.
“All the selected candidates of Namdang Tea Estate joined a couple of months ago and they have been doing Job,” said local residnets.
Some other gardens have yet to announce the results of the interview.
“If the results are not announed within seven days ATTSA is prepared to launch an agitation against the Namdang Tea Estate,” said the organization leaders.

3 Apr 2016 - 9:40pm | AT Kokrajhar Bureau
As many as 22 member and supporters from AIUDF and BPF party joined in UPP at a meeting held at Dawaguri ahead few days of the assembly second phase election to be slated to be held on April 11. The... 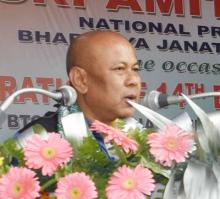 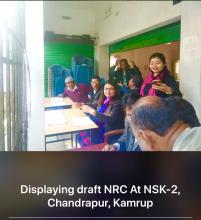 1 Jan 2018 - 2:14pm | AT News
GUWAHATI: Altogether 2500 NRC centres are teeming with hundreds of people who are lined up to catch a glimpse of their names in the first updated NRC draft a day after the Registrar General of India...