Security forces are fanning in and around Gossaigaon sun division in Kojrajhar in search of NC Joshi a day after suspected   Santhal rebels kidnapped the senior officer of a tea garden in Guwahati.

Police, however, recovered the abandoned vehicle belonging to Joshi in Chirang a couple of hours the rebels kidnapped him at gunpoint.

According to information, Joshi along with three others was on a visit to a tea garden in search of labourers. He took three labourers on the way. But the trio forced Joshi to halt at an unmanned place.

Then three people who accompanied Joshi were tied at a tree and took away him at gunpoint and there is hardly any breakthrough into the incident. 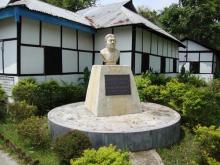 6 Jun 2011 - 2:57pm | Dibya J Borthakur
At a time when the country is ruled by the Congress party both in centre and in state , the residence turned museum of the first Congress Chief Minister of Assam Lokopriya Gopinath Bordoloi remains... 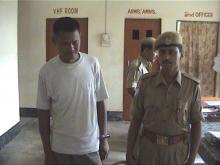 IEDs recovered at Pancharatna and Dudhnoi

31 Jan 2017 - 4:48pm | AT News
President Pranab Mukherjee on Tuesday stressed sustainable development in the north eastern region. In his opening speech in Parliament, Mukherjee called the north east Astalakhi and said the region...