Guwahati: Journalists’ Forum Assam (JFA) expresses sorrow over the demises of two journalists in the last few days and urged the government to sanction financial assistances to the bereaved families. The city based journalist Dharani Kalita, who used to work for The Assam Tribune expired on Friday night at his Jotia residence. Retired in 2005, Kalita died at the age of 74 after a brief illness. A former office bearer of Guwahati Press Club, Kalita left behind his wife, two sons & a daughter with a host of relatives.

On the other hand, a young photo journalist of UB Photos died of a heart-attack on 5 February 2018. Based in the city Pranab Kalita was reportedly suffering from hypertension for some months. Recently married Pranab, 35, left behind his wife, a minor baby with other relatives.

31 Mar 2018 - 11:14am | AT News
GUWAHATI: The Dibrugarh polic team probing the APSC scam is interrogating the wife of an arrested police officer for allegedly helping her husband resorting to forgery. Acting on the revelations,... 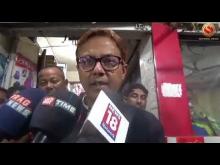 3 Apr 2018 - 12:41pm | AT News
GUWAHATI: Cutting across the barriers of political ideologies, the Assam legislators expressed grave concern over the figuring the name of a detected immigrant’s name in the NRC draft. BJP MLA from...

NIA to produce Niranjan in court

5 Jul 2010 - 11:14am | editor
The National Investigation Agency is all set to produce DHD-J military chief Niranjan Hojai before a special court in Guwahati on Monday. A team of NIA has already arrived in Guwahati along with...
Follow @Assam Times