Three foreign tourists have been injured as their vehicles overturned in Kamrup district Monday.
They were on their way to Siliguri en route to Sikkim when their vehicle turned turtle at Ghakuchi.
Identified as Andrew John, Stephen Doneur and Sarit Jay Patel -- were injured in the incident with John being in a critical condition while the two others received minor injuries. The trio  were admitted to the Rangiya Civil Hospital but were later referred to the Guwahati Medical College Hospital. 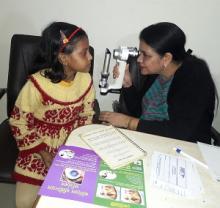 27 Jul 2015 - 10:20pm | Syed Miraz Ahmed
In an effort to raise awareness for tiger conservation in the run up for the ‘International Tiger Day' observation on July 29 also known as Global Tiger Day, city based biodiversity organization...