Borgohain died two died at the Hayat Hospital at around 2-50 in the afternoon two days after he was rushed to it following a serious ailment. Despite best “possible” treatment, he failed to recuperate. He was 72.

Borgohain, who hailed from Jakhalabandha area in Nagaon district started his career of service as an assistant professor of economics in JB College. In 1992, he came to Guwahati and joined as editor wioth a vernacular daily. Since then, he served several media houses. He further joined as  editor in chief with a city based news channel.  A pall of gloom descended as soon as the news of his demise spread like wild fire.

Chief minister Tarun Gogoi along with many other political and non political leadersand organizations expressed deep shock at his demise.

May His soul rest in eternal 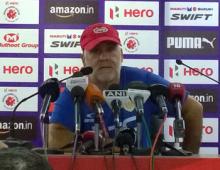