Police again got remand of Akhil Gogoi. But only for one day.

The Kamrup chief judicial magistrate extended the police remand by a day in after the KMSS president along with five of his associates were produced before the court on Thursday.

After medical check up, Gogoi along with his 5 associates would be produced before the court on Friday.

Earlier, they others were produced in the court amid tight security in the court premises four days after they were arrested in connection with the recent self immolation cases.

13 Feb 2014 - 8:49pm | AT News
In yet another revelations on the recent Rajyya Sabha polls, Union minister Ranee Narah accused BJP president Sarbananda Sonowal of accepting a huge amount of bribe from Congress.Narah said on... 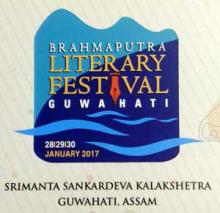 28 Jan 2017 - 9:17am | Nava Thakuria
A colourful literary carnival will lead the three day Brahmaputra Literary Festival in Guwahati of northeast India starting on 28 January. The vibrant carnival will proceed from the Khanapara...

1 Nov 2015 - 9:13pm | AT New Delhi
A convention on Repeal AFSPA (Armed Forces Special Powers Act) was organized here at New Delhi today with the objective to bring demand of Repeal AFSPA in political priorities.  This convention...